The Sound Of Anatolian London

THE SOUND OF ANATOLIAN LONDON 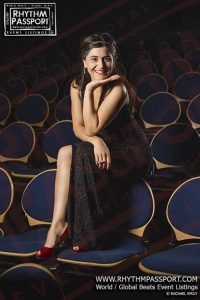 Çigdem Aslan is a rising star in the revival of Rebetiko, the ‘Blues of the Aegean’, originally sung in the cafés and music houses of Athens, Piraeus and Istanbul of the turbulent 1920s. A music culture shared by Greeks and Turks, Rebetiko was famously outlawed in both countries as a…