Sat Aug 04 - 2 Days to the day from the 21st anniversary of the passing of the unequalled genius that is / was The original Black President aka FELA KUTI (Aug 02 1997), The South London Soul Train throws a righteous celebratory Level 1 tribute to the ultimate Afro Beat & Funk Pioneer + "Political through dance activist" of Epic Proportions at The CLF Art Cafe.From midnight Your host JAZZHEADCHRONIC welcomes QUENTIN SCOTT + DUNCAN BROOKER of leading Afrocentric record label STRUT RECORDS + BUKKY LEO & BLACK EGYPT [LIVE]. All artists joining forces to channel the spirit and energy of FELA and let the Afro Funk n' Beat seriously flow! DJs also dropping some non Fela business [Earth Wind & Fire to Ray Charles via The Sugar Hill Gang and Aretha Franklin] to keep the vibe absolutely righteous + and as always we got so much more on 4 floors at The CLF Art Cafe.The South London Soul Train continuing it's on-going mission to seriously blow yoh mind and body + force feed yoh soul with the absolute best of times.BUKKY LEO & BLACK EGYPTWhile growing up in Lagos, Nigeria, Bukky Leo was spotted practicing his first saxophone by the great original afrobeat drummer Tony Allen. He was immediately ushered into Tony’s newly formed band “Mighty Iroko’s”. Bukky went on to play with the great Fela Kuti, where the seeds of Afrobeat were being sewn. After some time in the band and under the influence of Tony Allen, Bukky decided to follow his own journey with his distinctive style of Jazz and Afrobeat.In 1982, Bukky‘s path led him to London, where he became one of the forerunners in the Acid Jazz scene. A young A&R man named Gilles Peterson signed him to the newly formed Acid Jazz label and his first release “Rejoice In Righteousness” went straight to the heart of the Acid Jazz world, reaching number 1 in the rhythm and blues, dance and jazz charts. The follow-up album “River Nile” led to a nomination at the US African Music Awards in New York. There he became acquainted with the legendary, late tenor saxophonist Joe Henderson who invited Bukky to his home in San Francisco.Since the Acid Jazz days, Bukky remained loyal his goal of making ground-breaking afrocentric grooves and this led to the formation of his new band The Source. They toured extensively and recorded a self-title album “The Source”. In the mid-1990′s he embarked on the definite pilgrimage to Egypt where he laid the intellectual and musical foundations for the formation of “Black Egypt” who have since emerged as one of the most important Afrobeat groups outside of Nigeria.Early 2000′s Bukky starts a major collaboration with producer Ben Mitchell. The result of this meeting is the album “Afrobeat Visions”, feat. Tony Allen and some of the finest Afrobeat and Jazz musicians in the world. Bukky is still touring with The African Jazz Allstars, Roy Ayers and Tony Allen’s Afrobeat Big Band.Bukky Leo participated at major international music events and festivals all over the world. In 2010, Bukky has been engaged in the studio recording with Black Egypt in collaboration with dub-master Dennis Bovell. Now you can find Bukky Leo and Black Egypt performing in the top UK venues and international festivals + we truly can't wait to witness them ignite The South London Soul Train Live Stage.Prepare Yourselves!Then on LEVEL 2, Original Premier Rare Groove Soul N' Funk Tag Team AKA DJs SNOWBOY and PERRY LOUIS embark on another blistering 7 hour marathon in search of the perfect groove, beat and positive vibration. The absolute finest in funk on 45 found and well delivered. Grooves to make you go hot, damn and how!LEVEL 3 - It's The Northern Soul Room. Residents The Legendary ROB MESSER + WARREN BOOGALOO dropping more extraordinary seismic Northern Soul Joints of epic proportions on yehs til it hurts. [But in the absolute best of ways] As always, beware the soul shrapnel as the dancefloor goes BOOM! Prepare to dance hard y’all.The South London Soul Train 4 floor line up completed in The CLF / RYE WAX BASEMENT by residents - SCRIMSHIRE + BOPPERSON serving up more piping hot joints from their menu of wholesome world wide wonder funk to disco, groove to boogie - with a side order of soul sauce. Absolutely, Positively Taste. T.The South London Soul Train - All floors taking all passengers on a Non-Stop Magical Mystery Tour through all things Too Damn Funky. P-Funk to Jazz Funk, Soul Jazz to Rare Groove N’ Stax, Brass, Breaks, Bop and Hop to Motown, Club Classics and Anthems.However - Passengers are requested to check their Souls at the Station as this ones for good time party people only! No Bass Wobbles Here, Only Love, Funk and Souuuuuuuul.The SLST Runs 10pm - 5am / £5-13 Adv from RA or £15 OTD / Takes place on The 1st, 2nd + 3rd Sat of each month + on-going specials at The CLF Art Cafe www.clfartcafe.org and beyond + last Sat of most months at Omeara London.MIN OF 500 TIX ALWAYS OTD!NEXT EVENTS: Sat Aug 11 - The South London Soul Train Jazzheadchronic 27 Yr Anniversary Special + more on 4 floors at The CLF Art Cafe. http://www.residentadvisor.net/events/1133624Followed swiftly bySat Aug 18 - The South London Soul Train with Dr Meaker (Live) + more on 4 floors at The CLF Art Cafe. https://www.residentadvisor.net/events/1133667Time to keep getting it on.See you on the dancefloor fo shoX 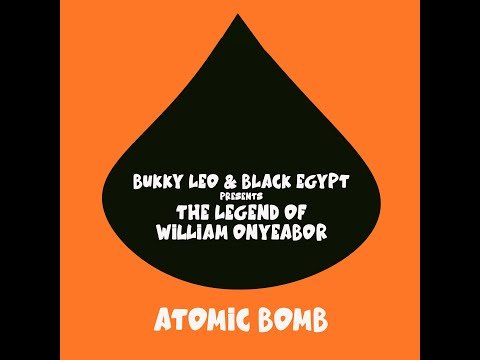