The original members of Tranglobal Underground are reunited once more along with Natacha Atlas for a very special London Concert.

In the early 90s, Natacha Atlas worked with Transglobal Underground on tracks like ‘I Voyager,’ ‘Taal Zaman’ and ‘Shimmer’ creating a whole new genre of British music, crossing oriental and Asian grooves and lyrics with club grooves and live percussion.

25 years after they put that new outline into the British musical map, Transglobal Underground will be marking the occasion on tour reuniting some of the most important musicians involved back in the day, and releasing a compilation celebrating Transglobal Underground’s longterm relationship with original vocalist Natacha Atlas whose own solo career is over 20 years old and has spanned oriental music, electronica and jazz.

Dub Colossus first made an appearance in 2008. Released on Real World Records, A Town Called Addis was inspired by meeting, writing and working with Ethiopian singers and musicians in Addis Ababa in August 2006. The collaboration between Dub Colossus and these amazing musicians covers Azmari and traditional styles as well as the popular singing styles of the 60s and 70s.
The follow up, Addis Through The Looking Glass, was released on Real World Records in 2011. A more varied and sophisticated album that moved the music on – with the Ethiopian contingent playing a greater role in the proceedings. It’s still an experimental fusion set, not a straightforward recording of Ethiopian songs, but the successes of the previous two years of touring led to growing trust and confidence in the band.
2012 saw another change of tack, with the release of ‘Dub Me Tender Vols 1&2’, also on Real World Records: A dub-heavy album, reworking some existing Dub Colossus album tracks alongside new material. This album subsequently went on to win a Songlines Music Award for ‘best cross cultural collaboration’.
2014’s Addis To Omega is more of a UK/Jamaican affair, reflecting the times and events happening locally and globally, the impact they are having on us all…social, political and economic. Musically, this is the spirit of the Specials seen through a Funkadelic lens, with a sprinkling of psychedelic dub on Forbidden Planet (DUBADELICA)
While experimenting with different live band formats, the Dub Colossus Soundsystem was born, and saw the band reworking some of the earlier tracks and mixing them up with newer material. This show always got a great reaction, hence the decision to release some of the versions that were played live in this format. In 2018, after a hiatus for a couple of years, the band has decided to both move on and explore its roots with the formation of another new line up, which incorporates the Ethiopian singing of Mimi Zenebe, one of the original members who sang on the opening number of the first album, with more London centric sounds of jazz and dub, which can be heard on the new tracks included in A Spy In The House Of Dub, released via Real World Records at the end of 2018. Dub Colossus will be taking to the road in this new 5 piece format in 2019 featuring the prodigious talents of the likes of Robert Mitchell and Oli Savill alongside Mimi’s stunning vocals.
2019 Also sees the release of Dr Strangedub (or: how i learned to stop worrying and dub the bomb), a new album of dub versions and new compositions. 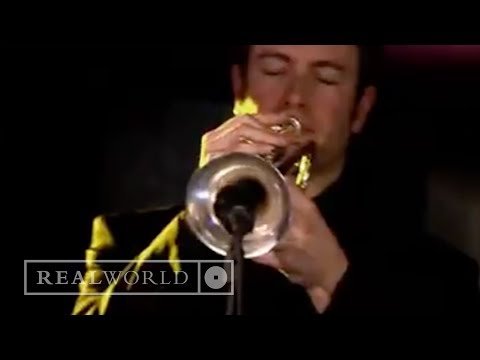 Our Daily Discovery section is usually meant for sharing new music and video clips with you.   While this morning, we would like to “use” it in another way, to say goodbye to a good friend and supporter of Rhythm Passport as well as imaginative musician (from Trans-Global Underground to… Album Review: Dub Colossus – Dr Strangedub (Or: How I Learned to Stop Worrying and Dub the Bomb) [Echomaster; 2019]

Dr Strangedub (Or: How I Learned to Stop Worrying and Dub the Bomb) is possibly one of the most inventive albums to date. Each track is an enthusiastic cacophony of global traditions and contemporary fusions without being reduced by genre boundaries or five-minute clichés. Dr Strangedub was a long time… These are busy days for Nick Page (also known by his monikers Count Dubulah, Tax D and Kid Ouzo): an ongoing tour with Transglobal Underground, various remixes and a brand new album with his creature Dub Colossus in the making have filled his recent months. The “writer, producer, guitar and… 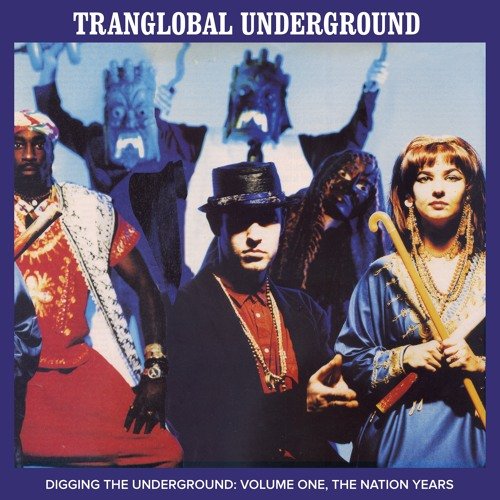