The Wah Wah crew return to the Queen to continue their bi-monthly residency in style with some top live acts, DJ talent and special performances!! Expect afro-funk, disco, reggae, hip hop, dubstep, house and soulful party sounds to get your weekend swinging!

Playing in the basement:

In 2011, Michael Eavis was so impressed by the band's live show he personally invited the London 12-piece to perform on Glastonbury's West Holts Stage.

It was to prove the centre-piece of a blazing summer season for LAC, as they rocked crowds from Green Man, to Secret Garden Party to Shambala and many more besides.

They even found time to hook up with North London neighbours Bombay Bicycle Club, lending their percussive beats and soaring horns to the rising indie stars' celebrated performances at Latitude, Reading and the Other Stage at Glastonbury.

The record has been championed by BBC6's own Craig Charles who teamed up with LAC for an extraordinary sold out London show earlier in the year.

Born in Barking & Dagenham in the industrial far east of London, A.J. Holmes discovered a love of playing African music through a chance meeting with legendary African musician Folo Graff; Learning to rock the Afro Pop guitar style, A.J. became obsessed with the good time sounds of West and Central Africa and decided to form The Hackney Empire...

"From the depths of Hackney come a band that are taking over the world with their unique blend of Afro pop with a home grown British sensibility. They are A.J. Holmes & The Hackney Empire. This six-piece are destroying everywhere they play. "the ultimate Afro party disco machine" - Ghetto Bassquake blog

Their debut single 'Fraudian Slip', produced by Radioclit, was released last year to much critical acclaim

DJ Shepdog is the man behind the hugely popular NICE UP! label & club night and responsible for some of the biggest reggae mash-ups in the last few years. Tunes such as "Bigger Than Jamrock", "Skanking In The Way Of Control" and "Dare Man" have proved popular with DJs across the board and have earned Shep a reputation for being able to rock any dance. With a mission statement of "righteous party vibes" there's always plenty of reggae, hip hop, dubstep and drum & bass thrown into the mix.

His nights at venues such as the Jazz Cafe and The Big Chill House in London are always packed full and bring the best in reggae, hip hop & drum & bass DJs such as Serial Killaz, Benny Page, Trojan Soundsystem & Rodney P & Skitz. Shep also has a packed DJ diary playing at clubs and festivals across Europe, such as Glastonbury, Bestival, The Big Chill as well as a monthly radio show on Space Invader FM.

Having recently relaunched the label, NICE UP! are making big moves for 2012 with releases lined up from Monkey Mafia, Mr Benn, Turntable Dubbers, Richie Phoe, Dirty Dubsters and more.

Keep your eyes peeled for more from Shepdog in the future!

On the ground floor:

Boglewaltz are a collective of DJs, Producers and general music lovers that have been promoting parties in London since for a number of years now.

Their summer garden parties have reached legendary status, and their recent debut release "We Came For The Music" has gained them fans from Gilles Peterson to DJ Derek!

On the dancefloor you can expect to hear hip hop, funk, soul, disco, reggae, boogie, dancehall, dubstep, old school jungle, a lickle 90s r&b and all sorts of beats and breaks in between.

with support from Wah Wah's very own, DJ KONVEX! 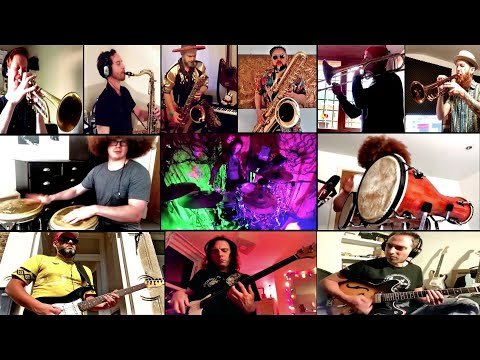 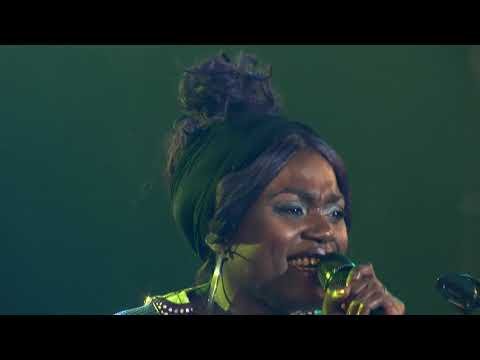 ‘Tolembi’ is the latest video from UK-based afrobeat and afro-funk band London Afrobeat Collective extracted from their third LP, Humans.    Find out more here: https://londonafrobeatcollective.bandcamp.com/   “We are tired – of the governments of the world and their hypocrisy when it comes to human rights. We are asking – for… Ten years on from their inception, the high impact band that is London Afrobeat Collective are about to release their third album, Humans (for which they’ve given life to an ongoing crowdfunding campaign on Indiegogo). It is probably also their most ambitious to date, exhibiting as it does something of a departure…