The festival will take place on Saturday 16 February 2019 at the beautiful Grade II Listed Walthamstow Assembly Hall, a short walk from Walthamstow Central Station and is working in partnership with Dalston's Sodas, Perky Blenders Coffee Roasters, and Waltham Forest, London Borough of Culture 2019.

Expect stellar jazz across both stages, as well as a chance to buy exclusive releases from our label friends including YAM Records, Weekertoft, Wormfood! London, Ecstatic Peace Library, None More Records, and us, Byrd Out.

Django Django (DJ set)
“In the lineage of late-’60s, early-’70s pop weirdos, but they listen like modernist samplers and crate diggers” [Pitchfork].

Thurston Moore
“The sound of a questing spirit pushing at the parameters of unlimited freedom.” [Clash Music]

Leifur James
“when we had Leifur James in for a live set on Worldwide FM, it was instantly clear he was someone to keep an eye on. It wasn’t just his dexterity on multiple instruments (vocal chords included) and technologies, but his whole approach” [Stamp The Wax]

Project Karnak
“A blinder from the London scene” [Giles Peterson].

Lætitia Sadier
“She provided the sanguine vocals for Stereolab, arguably one of the most profoundly influential — and deeply underrated — bands of the past 20 years” [Stereogum]

PYJÆN
“PYJAEN will be making an impact in 2019” [Supreme Standards]

Cykada
“Music that takes off – its fresh sound shows you the space beyond the conceptions of what is electronic, what is not, and what is jazz. This is where you meet Cykada, a 6-man space-shuttle bringing you to the outer space of music.” [Rhythm Passport]

Snazzback
“A modern jazz-funk fusion band with party energy to spare, great theatrics, musicianship and charisma. The expansive influences, especially behind the drumming here were quite marvellous, do seek them out.” [Vulture Hound]

Dear Earth (DJ set)
“Dear Earth shows off the kind of inventive, sample-rich approach that makes your ears prick up in an instant” [Juno]

Wheelchair access: We're sorry to say only the main stage (of two) is wheelchair accessible (unsurprisingly, Ginger, Tony, Vels etc. will be on that stage!), so if you're coming in a wheelchair please have a concession ticket by way of apology that the whole thing isn't fully accessible.

Walthamstow Jazz Festival is presented as part of London Borough of Culture 2019. 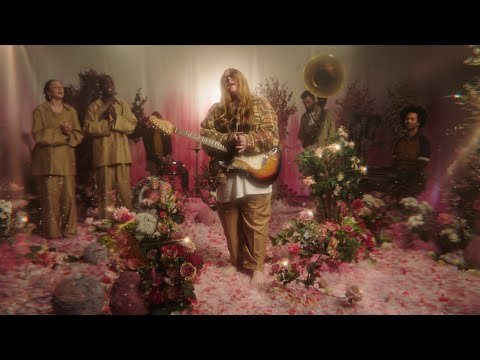 Check out the new video for ‘Say something, the new single by London-based electro-jazz composer, multi-instrumentalist, singer, DJ, producer and label owner Emma-Jean Thackray.   The track anticipates the release of her debut album Yellow, out on July 2nd via Movementt.   Find out more following this think: https://movementt.ffm.to/yellow  … PYJÆN are a five piece London based jazz-fusion band that write music with that in-the-moment live feel.  They are releasing a new track “PJFC” from their second EP on 2nd April and this is a banger of a tune. They are ready to lift your mood out of lockdown blues… German musician Hendrik Weber, aka Pantha du Prince, explores the world of ‘layered and cinematographic’ techno, as described with own words. As he brings childhood memories into craft, and experiences the humanistic nature of anthropology, biology, and Sufi mysticism, the music builds strong intentions and they speak through what technology…